FRIENDS OF THE COMMONS 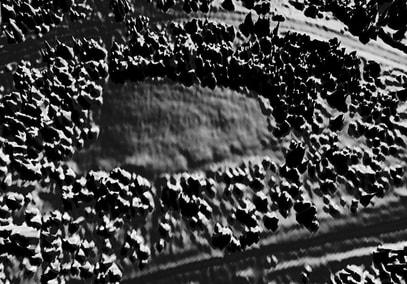 The archaeological research continues on the apex of Rusthall Common, opposite Dingley Dell, by volunteers of West Kent Community Diggers (WKCD). The work has consistently shown both a broad prehistoric phase and late medieval to early post medieval activity. The idea of a former ‘meeting room’ or chapel also seems quite likely with both historical and archaeological evidence for some form of religious activity on-site in around the 17th century.

More recently the discovery of a possible prehistoric track or ‘causeway’ was somewhat unexpected. However with stratified finds including a small leaf arrowhead and flint axe dating would suggest it to be Neolithic in date (4,500 BCE – 2,500 BCE). With 100’s of prehistoric and medieval artefacts now within the collected assemblage we are looking to display examples locally, perhaps in Rusthall library, and initial approaches to Rusthall Parish Council have been made.


In the meantime the scope of the research had now turned to the area locally know as the ‘Bumps’. This is an open green space close to the current site. An interesting array of local ‘stories’ as to the origins of the Bumps has been heard by the WKCD team. The general local consensus points to the levelling of the area at various times during the early to mid 20th century. The most recent being in the 1960’s to clear the area for ‘kids to play football on’ - additional to this was the idea that during the clearance ‘lot’s of old things were found as well as evidence for a medieval hall’. However with no official archaeological record at the time this idea remains hearsay.

More recently a new narrative was suggested to the team pointing to the clearance work actually taking place just after WWII. It would seem that ‘local men, under the newly elected Labour Government were put to work on all sorts of civic projects across Tunbridge Wells and other parts of the country’ – the idea of much older activity was mooted, in this case ‘evidence for a prehistoric Barrow (burial mound)!’. Again it would seem no official records of such exist. However with its close proximity to the on going excavations nearby prehistoric activity is clear.

In 2019 a Geophysical survey was carried out on the ‘Bumps’ looking for evidence of the so called ‘Medieval Hall’. Though this was inconclusive, at the time, more recent analysis, in the context of a possible Neolithic Long Barrow, would seem more compelling. Though any such structure is almost certainly largely destroyed its footprint may well still survive below ground. On the basis of photographic and geophysical evidence the team hope to secure permission from the Commons Conservators, who manage both Rusthall and Tunbridge Wells Commons, to open a series of small test pits across the bumps.
As a community lead project we are always looking for new volunteers. No experience necessary just enthusiasm for our local heritage. We meet on-site on Wednesdays and Sundays throughout the year, weather permitting, and are currently uncovering both prehistoric and Medieval archaeology.  Anyone interested please contact wkdarchaeology@gmail.com for further information.

As a polite reminder WKCD are the only officially authorised group allowed to dig on the common. Metal detecting is strictly prohibited.